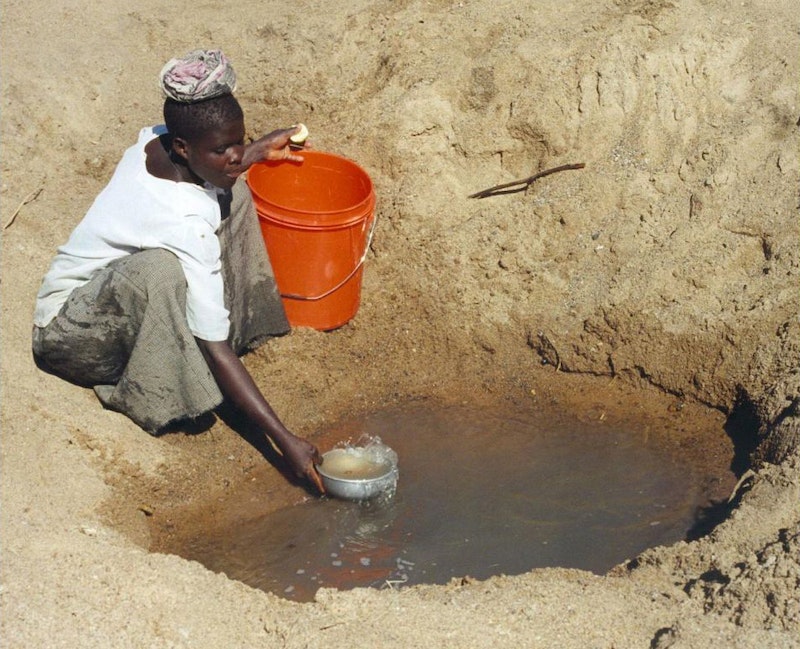 Using algorithms and artificial intelligence, a research team led by Universidad Complutense de Madrid (UCM) has designed a tool which, in its initial trials, proved capable of predicting those areas with best access to potable groundwater in Africa, with a success rate of close to 90%. In specific terms, the papers published in Hydrology and Earth System Science and Geocarto International describe the hydrogeological mapping performed by the MLMapper software in the regions of Bamako and Koulikoro (Mali) and the region of Ouaddaï (Chad), respectively.
"Ensure access to water and sanitation for all" is Sustainable Development Goal 6. In sub-Saharan Africa, groundwater plays a fundamental role in the supply of drinking water, but the percentage of wells that strike water is very often lower than 30%.
"This is mainly because of a lack of hydrogeological knowledge, with the practical consequence that millions of euros of humanitarian aid are lost in fruitless drilling operations" underlines Víctor Gómez-Escalonilla Canales, a researcher at UCM's Department of Geodynamics, Stratigraphy and Palaeontology. The geologist, who is one of the authors, adds that the main contribution of this research is the "use of machine learning techniques to produce maps of aquifer resource potential in remote regions."
To conduct these studies, the researchers drew on two types of source: first of all, a database of water sources with information as to the success of wells, and secondly, variables such as the type of rock or characteristics of the terrain which could affect the presence of successful wells.
The machine learning algorithms look for patterns in these explanatory variables leading to one result or another. If the validation process generates satisfactory results, the patterns can then be extrapolated to areas for which information is lacking. This allows a prediction of whether the hydrogeological conditions are favourable or not in such regions.
"One of the benefits of this type of research is that much of the work can be performed at the faculty offices, although the results subsequently need to be verified on the ground. This serves to reduce both the expense and the risks associated with hydrogeological prospecting missions in remote regions," points out Gómez-Escalonilla.
The design of the tool also involved the University of Neuchâtel in Switzerland, while both research projects were undertaken with funding from the Swiss Cooperation Agency and the Spanish Ministry of Science, Innovation and Universities.
"The next step in the research is to try to predict not only positive and negative areas for boreholes, but to attempt to ascertain which areas could be more productive, in other words where better well performance would be expected. This research is already being undertaken in partnership with researchers at the University of Bamako" reveals Gómez-Escalonilla.
For further information on artificial intelligence research and for a full list of market research reports from IDTechEx, please visit www.IDTechEx.com